Follow artists, your friends and never miss a concert again. 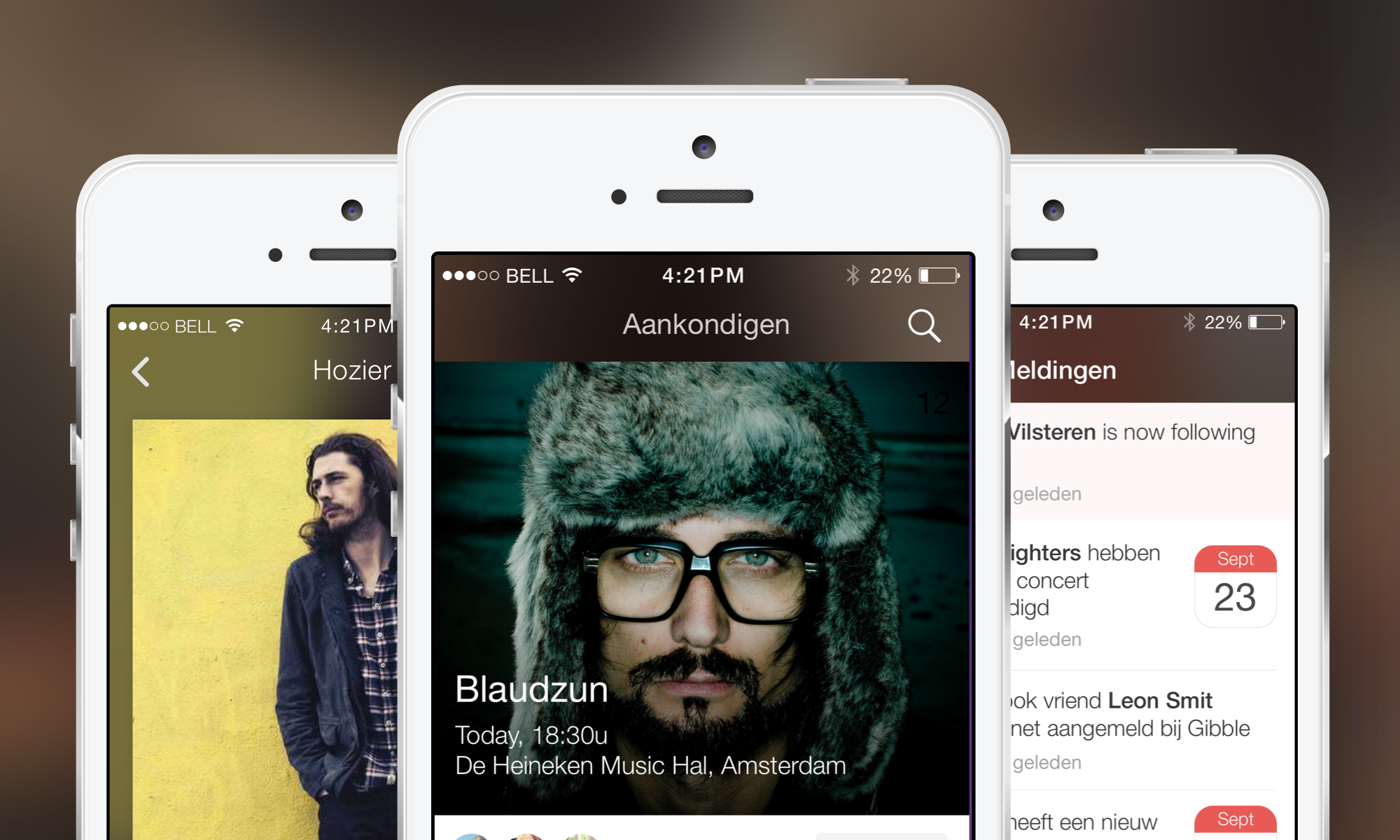 ​Together with a couple of friends (a front-end developer and a projet manager) we formed a team to make a concert recommendation app that pulls data from a user’s iTunes library, Facebook Likes, Spotify, Radio, and Last.fm accounts to recommend new announced concerts of the user's favorite artists.

​The three of us liked to go to concerts, but a lot of times when an artist would play in Amsterdam or in the region, we did not know (or we did know too late) that there was a concert announced, because of that we faced a lot of time the problem that tickets were already sold out. Another problem we had was that we did not know exactly which friends are interested to go to a concert of a particular artist, which makes it hard to find someone to go with. By talking about this project to friends and fellow students, we found that we were not the only ones with this problem.

The goal of this project was to make a solution so that people would get notified when a concert of their favorite artist is announced and where the user can see which friends are going or want to go to the concert so they could go together.

​I came up with the idea and formed the team. Together we formed our goals and user requirements. The complete visual and interaction design was my responsibility and we worked a lot together over weekends.

​We created a first version of the Gibble app and tested the application with around twenty potential users via Testflight. In this version the user was able to connect its music services, add artists and friends. When new concerts were announced the user would get a push notification and they could see where their friends are interested in or going to. Unfortunately, because all of us were too busy with other projects we decided to stop with Gibble.

​On first launch the app asks the user to set up his account. Starting with asking to connect the music services the user uses. That way we were able to import all their favorite artists into Gibble. After the user has added all his favorite artists, friends could be added to make Gibble a more social experience.

The concert details page shows all the details the user needs to decide to go to a concert like date, time, location and people who are going or interested.

Be the first to get notified

​All push notifications are gathered in the notification screen. Here the user can find all updates like new announced concerts, Facebook friends who are new on Gibble and when someone starts to follow you.